Things you need to know about Kauai – and some of you will already know all of these facts.

There is only one two lane main highway; there is no road that can be driven all the way around the island; the interior does not have any roads due to the terrain; there are many farms and cattle ranches on Kauai but no sugar cane plantations since 1974; the Na’Pali Coast is only reachable by boat or helicopter and there are hundreds of waterfalls all over the island because the highest annual rainfall on Earth (over 450 inches) is in the middle of Kauai, causing water to come down from the mountains everywhere. Known as the garden island, it is the most tropical we have experienced anywhere on the Hawaiian islands. This April, Kauai experienced the most rainfall in their recorded history, washing out roads along the Northern coast (still closed) and causing other damage on the island.

And of course, the first settlers to the island were from Tahiti bringing with them the first animals and plants introduced to the island. Captain Cook’s exploration in 1778 caused the islanders to move from the Stone Age tools and lifestyle to one of more agrarian and fishing with metal hooks (originally fashioned from nails brought by Captain Cook) instead of bone.

And so many movies are filmed here that every tour guide, or person suggesting a tour, must tell you about which movies and locations that you can visit and how to get there.

Enough of the background. We are in the here-and-now so we make a tourist plan after we arrive. Today, an all-day tour of Kauai – allowing me to not have to drive but enjoy the view and listen to the tour guide’s chatter of history, humor and local lore. Tomorrow we will do a hike to a waterfall through the pastures of a ranch, down along a river which had to be crossed in several places, lunch below the waterfall and crossing the waterfall. Did we mention we are not interested in hanging at the beach or pool or playing golf? These are hree things that many people who come here enjoy during their stay.

The pictures will tell the story.

A boat trip up the longest river in Kauai, the Wailua River, 23 miles long. Takes you to the Fern Grotto where many people (read that as “visitors”, not “locals”) like to have their wedding ceremonies. We are serenaded with the Hawaiian Wedding Song. Kayaking the river is also something to enjoy. 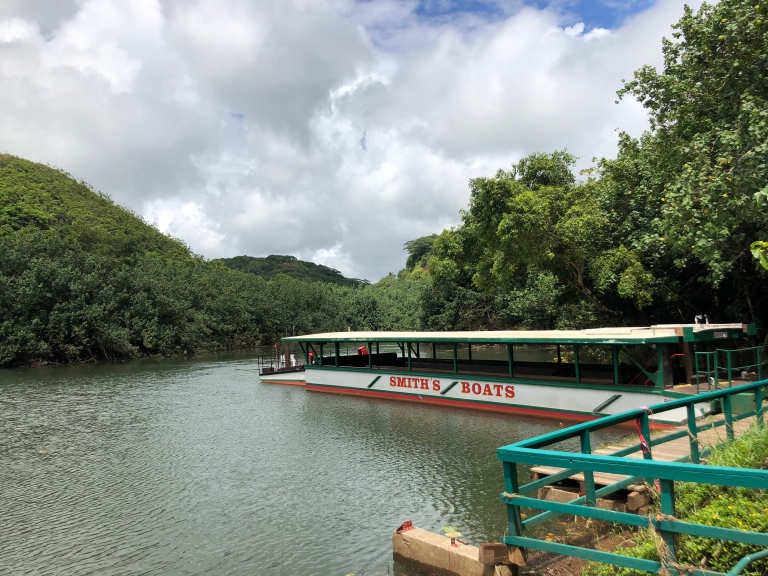 AirVentures is next. We board a Gippsland GA8 Airvan for a one-hour tour of the island. This is the first time we have taken a ride in this type of airplane, made in Australia.

This is the best tour to really see the island’s geology, use of the land, the famous Waimea Canyon known as the Grand Canyon of the Pacific and the many waterfalls, some made famous in various movies (Jurassic Park). The waterfalls are spectacular from this perspective, as is the Na’Pali Coastline. 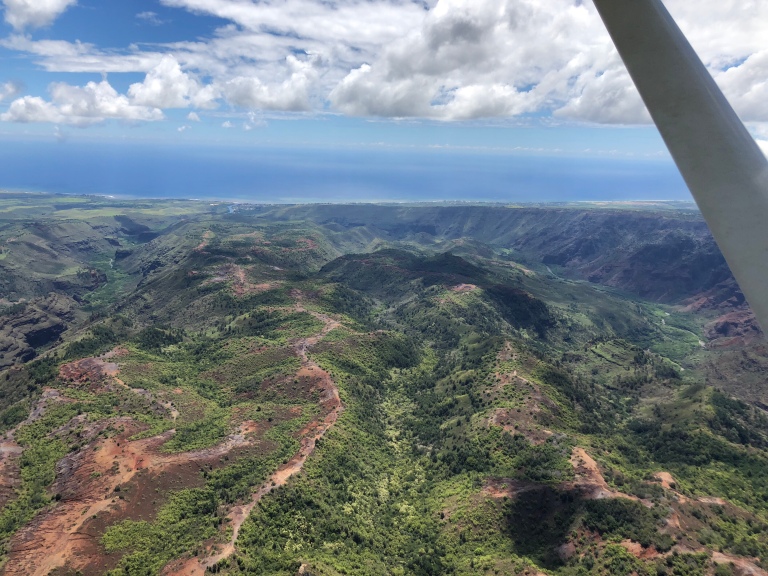 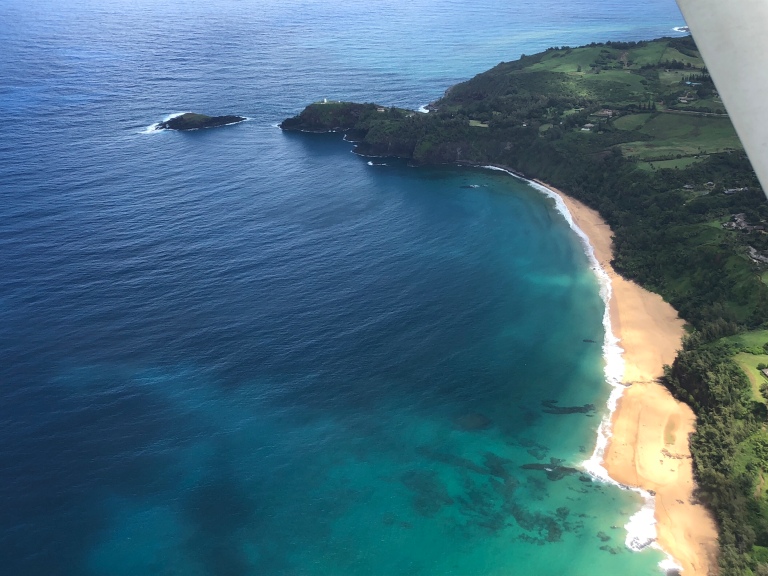 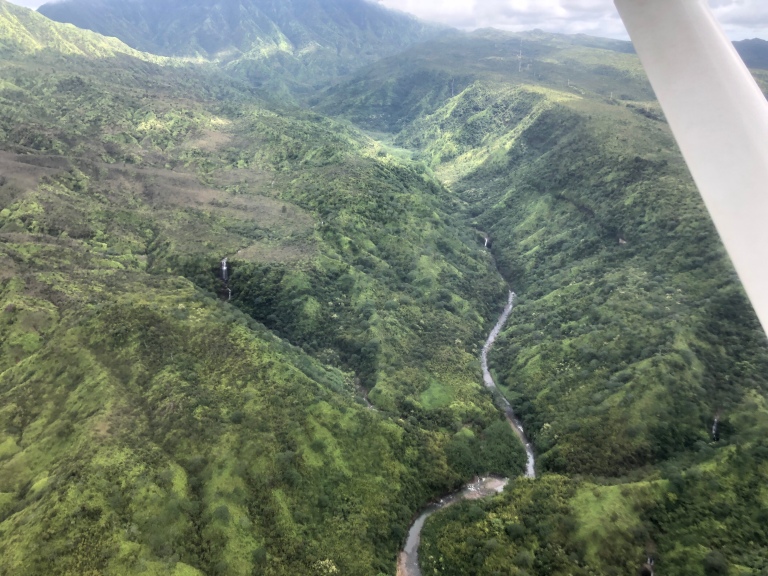 Back on land, we stop at a roadside burger joint for lunch. There are plenty of burger joints on this island. Our tour guide, who grew up on Kauai, knows them all. His name is Steve Yoder – yep, related to the Yoder’s of Indiana who winter in Sarasota every year. Now that is a small world! 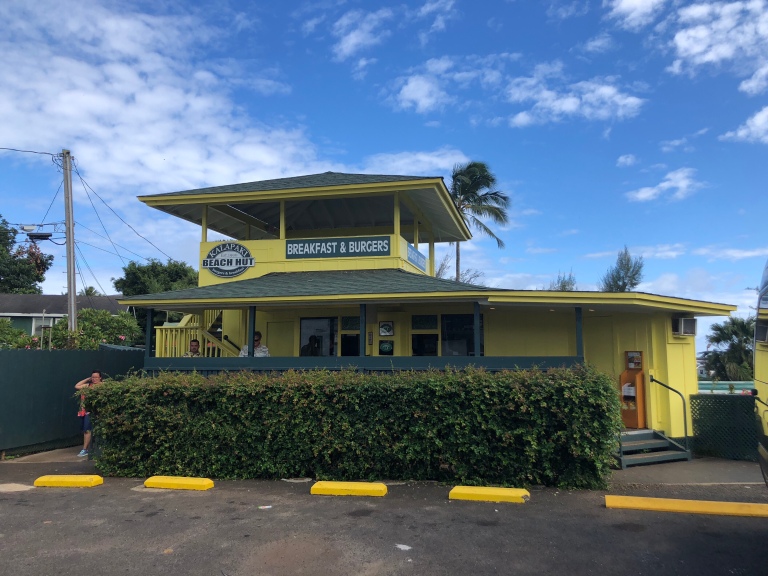 Next stop, a view of Wailua River and a double waterfall (which turns out to be one that we hike to the next day!). 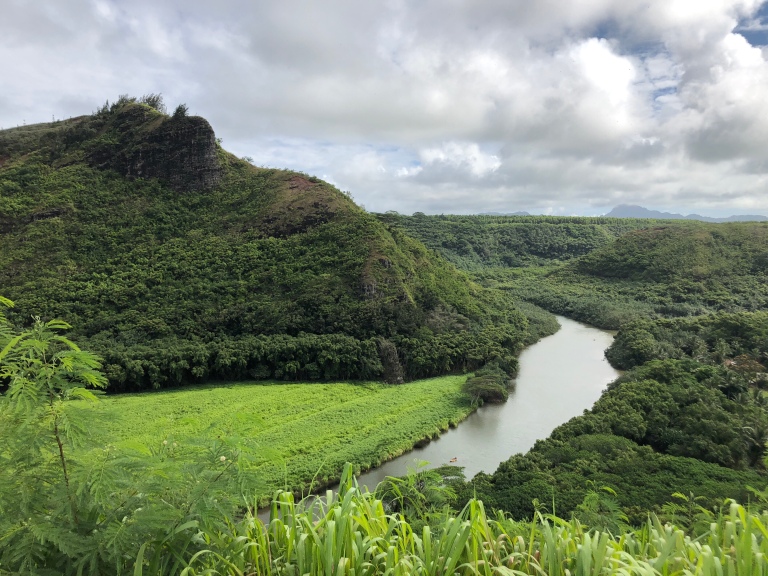 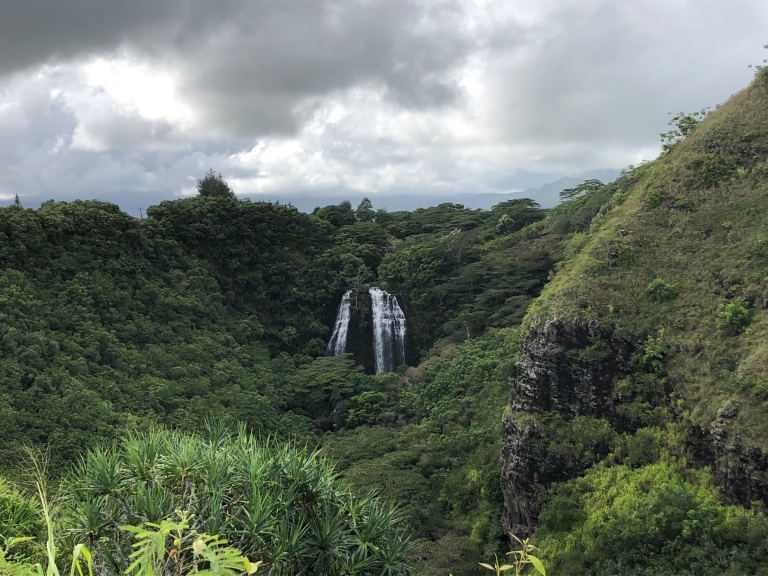 Beach stops at the famous ones – like where the pilot for Gilligan’s Island was filmed and the nude beach – no stopping just directing couples who wanted to go there how to get to it. 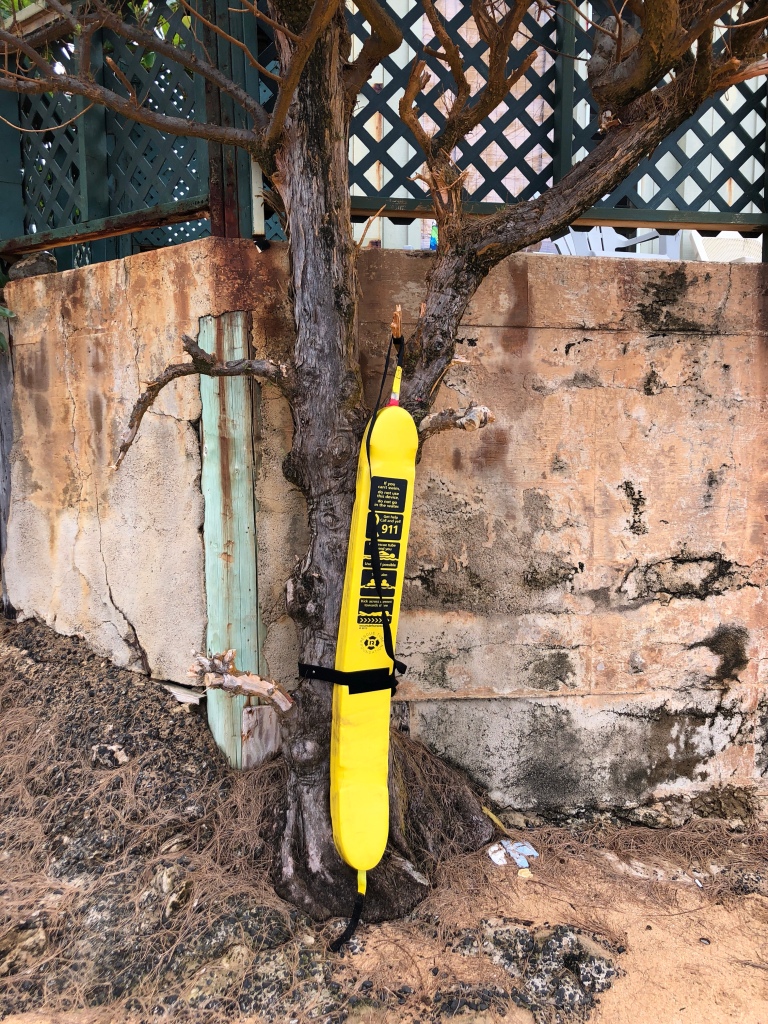 State bird is the NeNe – they wander all over like the chickens.

Final stop is Kilauea Point where there is a beautiful lighthouse, no longer in operation but maintained through the National Park System. It is closed for the Labor Day holiday so it is on our list visit later in the week. 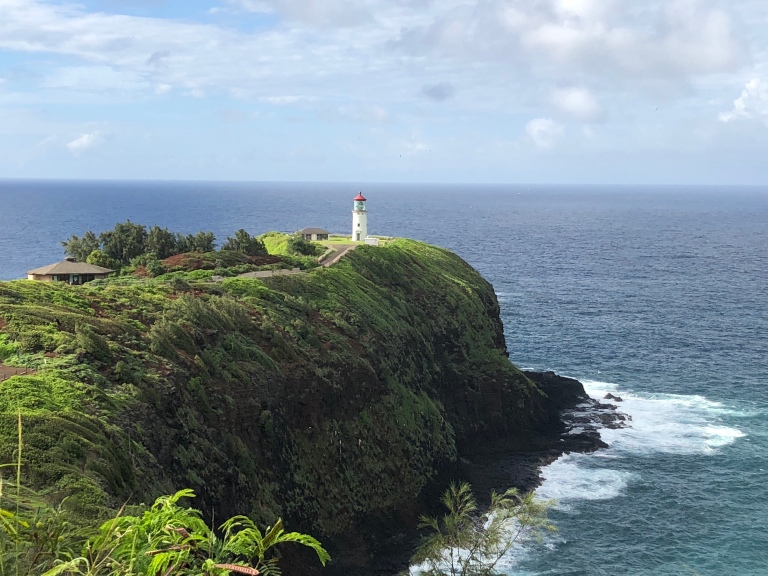 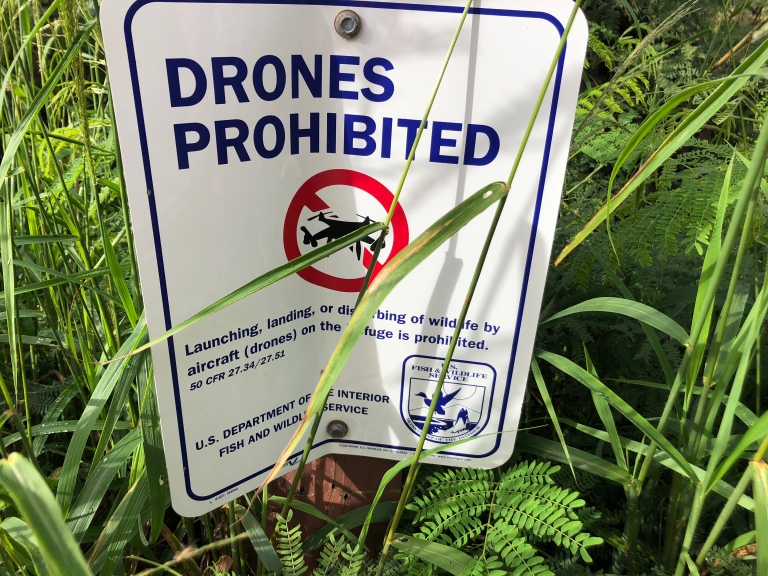 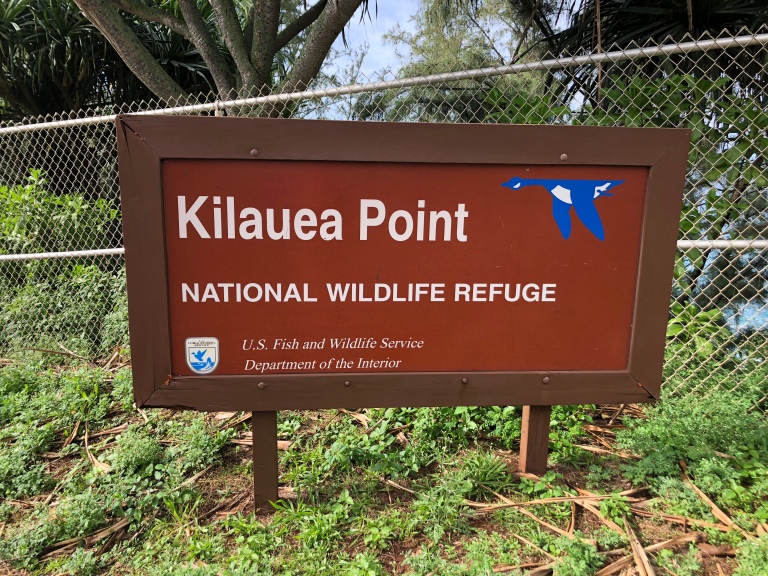 One thought on “Hawaiian Adventure 2018 – Tour of Kauai”