A day that everyone will remember where they were and what they were doing – whether you experienced the Great American Solar Eclipse of 2017 – partial, total or not at all. It was an event my son and I did not want to miss so we started planning a year ago – where would we drive to, what did we need to bring and where would we stay. Not being a camper type person, I opted to book us hotel rooms in two places and narrowed it down to Murray, Kentucky. Our plan – drive in to the Land Between the Lakes (LBTL) National Recreation Area and find a spot that would work for viewing with the least amount of people and as maximum amount of time of totality as possible. We ended up finding one of the best spots- Sardis & Guy Lady Cemetery property in the northern part of LBTL. Only 14 people in total were with us in our spot.

We left the hotel at 6:45 am and drove around in the northern part of the park down all of the small roads until we found this perfect spot. There were only 4 other cars and 8 people there when we arrived and set-up our tent and chairs at 8:30 am.

We wandered around the cemetery looking at some of the interesting grave sights. No one parked in the area was making any contact with each other as I think everyone there wanted their time to be alone to experience the eclipse.  And thought they would be at a cemetery!! 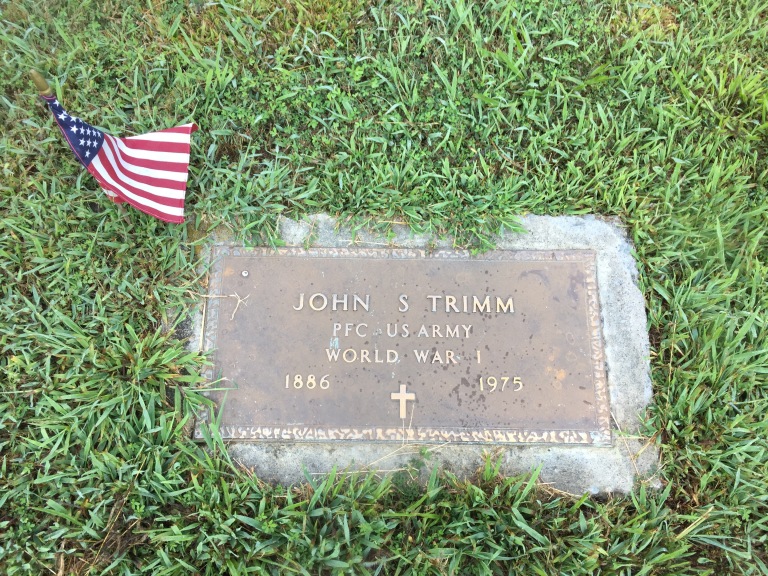 Note one of the graves is for a confederate soldier and has an American Flag next to it. We really like the respect given for this man’s service.  Geoff comments that a couple of the men parked right at the cemetery gate are most likely there to make sure nothing in the cemetery is desecrated in these weird times.

Around 10 AM a motorcyclist showed up and set-up a tri-pod with a scope. This created curiosity and others came over to speak to him. Geoff saw that he really didn’t have anything to display the eclipse on to. I had bought white foam board the day before to see if we might use it with the pin-hole paper. Geoff went and got the white board from our car and gave it to the man – who called himself ‘Bear.’ This brought several people over to talk about their previous experiences with eclipses and where they drove from. A couple in a car with Ohio license plates were speaking French so never engaged with the group. There was another couple from Tennessee, Bear was from Indiana and the other couple was from Illinois (I think?). 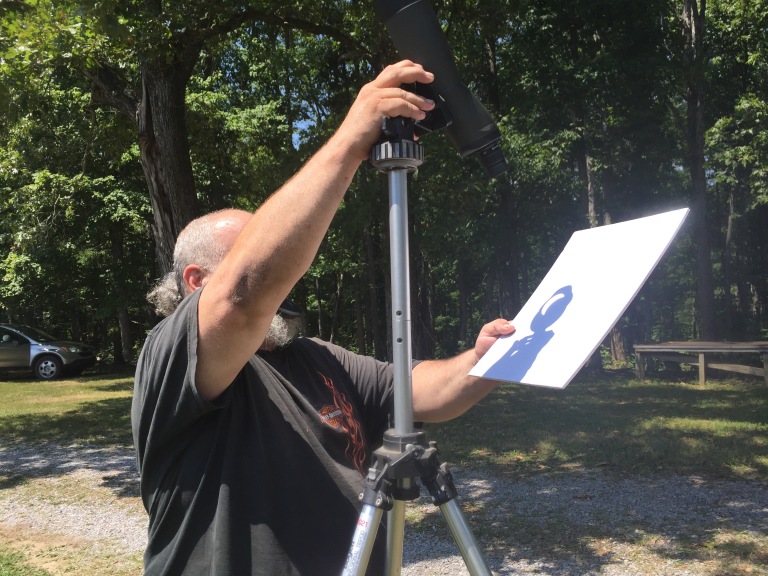 Geoff and I watched the eclipse first contact and continued to watch on and off with our solar eyeglasses, solar protective handheld panels and solar binoculars. We checked on Bear’s white board periodically and also watched the reflection of the eclipse created through the tree leaves. This was awesome to see in itself. 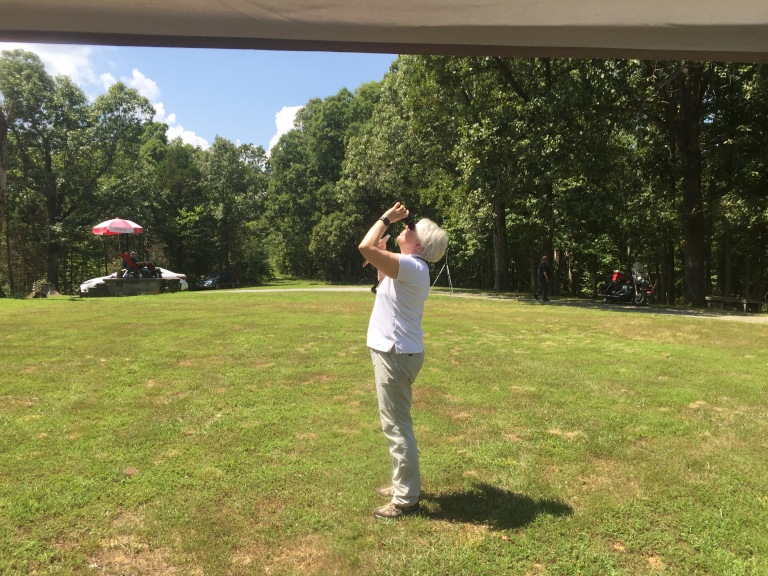 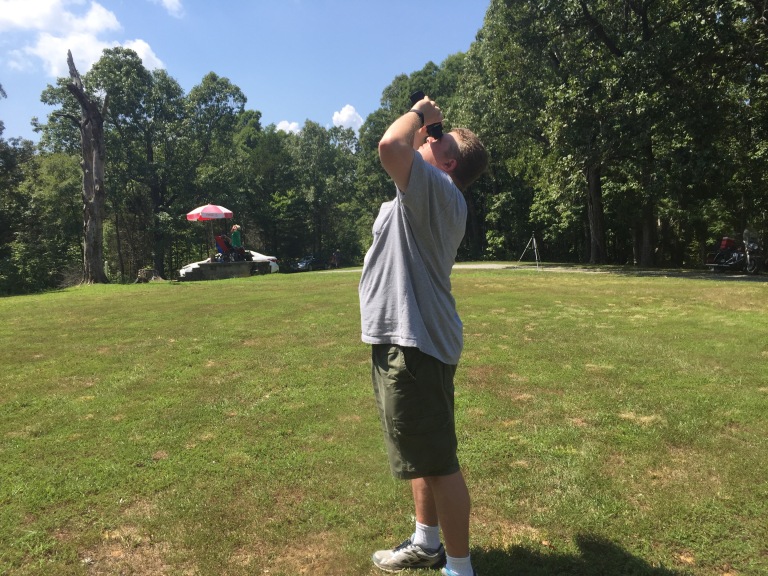 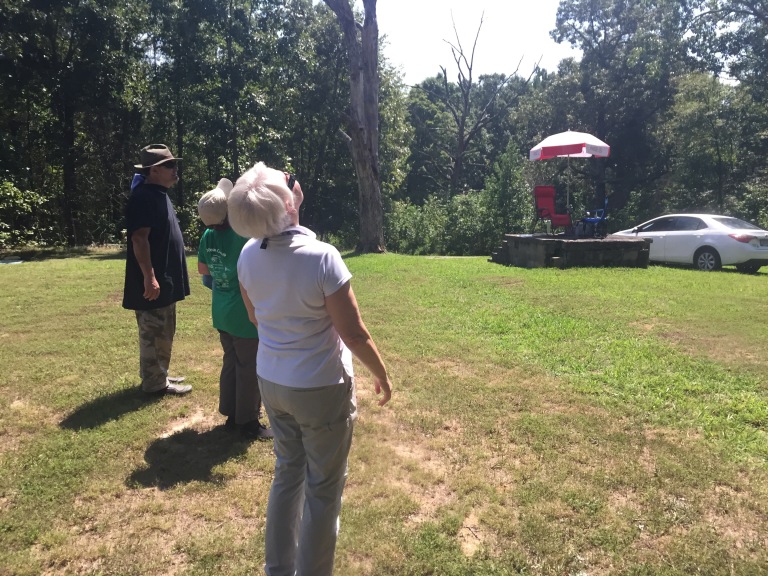 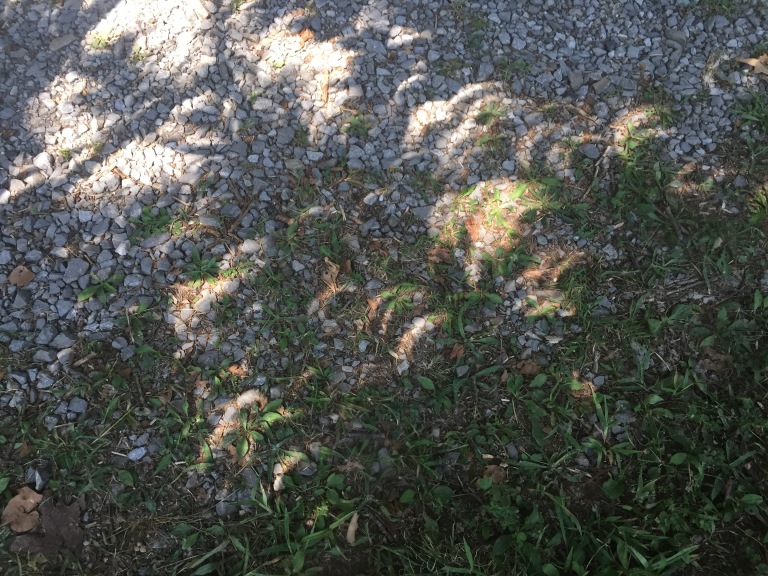 My iPhone camera never could record the eclipse even thru glasses, selfie mode as you can see from these pictures. How others captured the eclipse is beyond me. 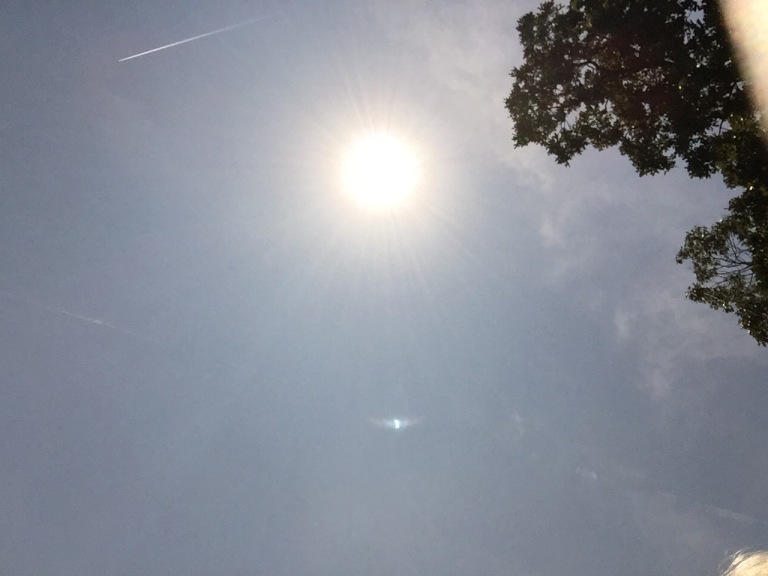 Another two cars show up maybe 10 minutes before totality – 3 college kids who drove down from Philadelphia and 2 hippies from who knows where showed up without any eye protection. Geoff loans them his eye protection screens so they can see it before totality. They also are looking at Bear’s tri-pod set-up.

As the totality period approached, the color of the sky/air changed, all of the cicada and birds became completely silent.

This is a picture of my car right before totality 1:21 pm

Here is the same picture taken as soon as it was totality 1:23 pm

No noise and poof – totality – complete darkness – you could take off your protective glasses and look directly at the sun eclipsed by the moon. The suns solar flares create a spectacular aura. You can see Venus and some stars. The glow around the moon is purple and orange and bright yellow. The flares shoot out and then in 2 minutes and 37 seconds it is immediately light and the diamond appears as the sun peaks out from the shadow of the moon. WOW!!! This is truly an amazing astrological sight and an experience that you would like to continue longer.  It is something to definitely see again and again in a lifetime if you can plan it.  What an incredible universe God created!

As the eclipse wanes, everyone packs up and gets ready to leave. Once you’ve seen the total eclipse, you feel complete. As we are packing up, we are amazed at the design the shadow of the eclipse is creating on my white car. 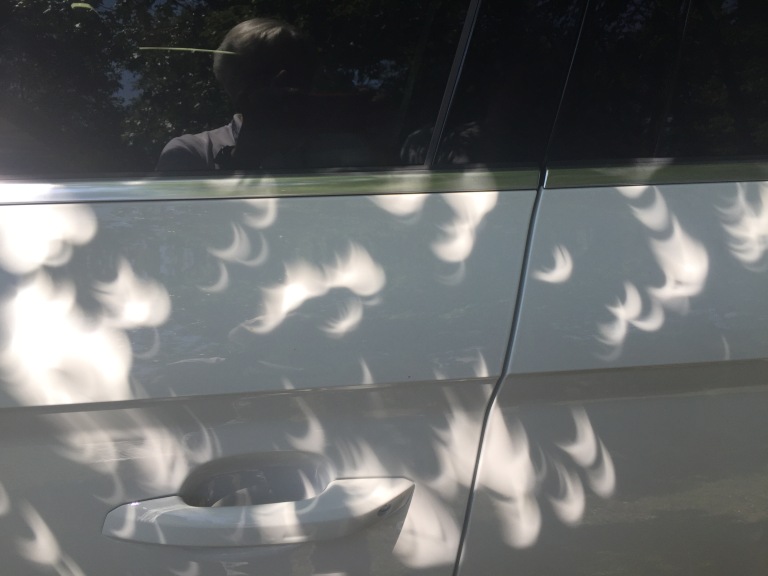 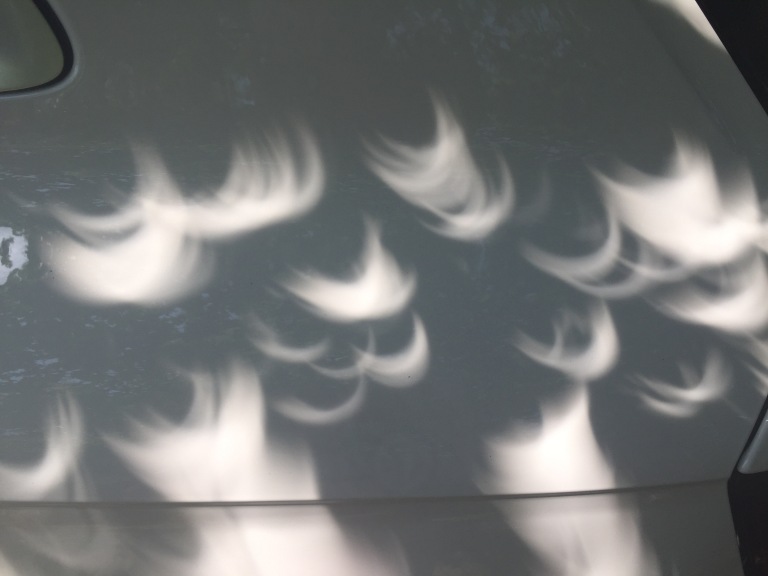 What a wonderful memory my son and I have together! Hope to do it again in 2024 in the USA or somewhere else in the world before then!