Since we were last in this area in 2013, there are two new National sites – one is the Valles Caldera National Preserve (October 1, 2015) and the other is the Manhattan Project National Historical Park (November 10, 2015). Both of these, along with Bandelier National Monument, are about an hour’s drive from Santa Fe. We plan to see Bandelier, which we’ve done many times, tomorrow. 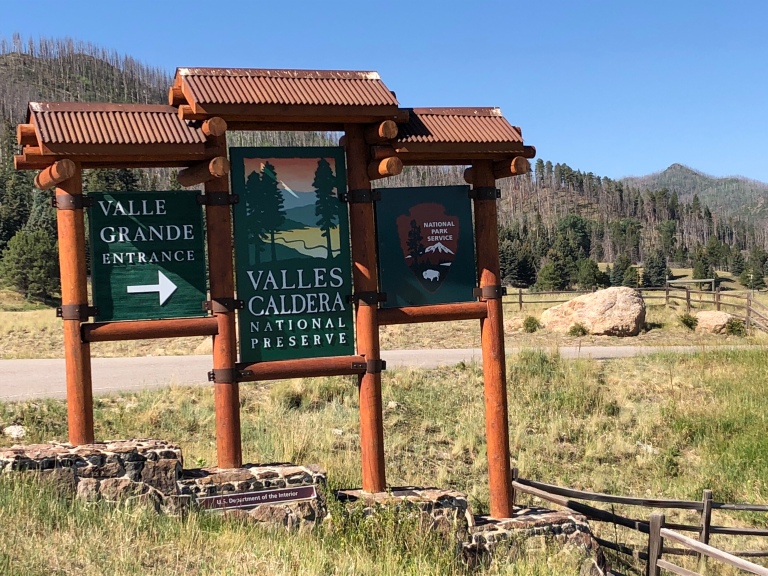 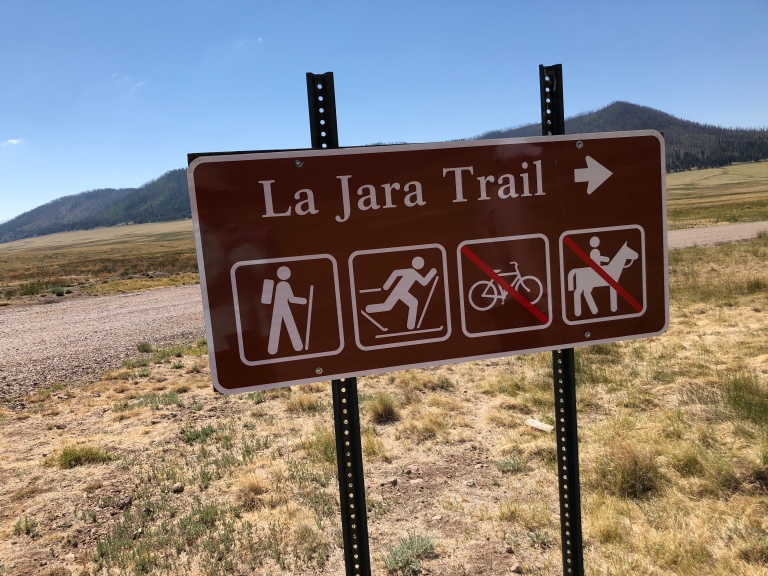 We enjoy a short walk with a ranger. Due to the high fire restrictions, none of the National Forests or National Park hiking areas here are open. And if you are allowed to take a hike it must be with a ranger.Interesting too is the old cattle/sheep ranch house and grounds being preserved not too far from the Visitor Center. The TV series Longmire was filmed using this ranch house as Longmire’s home. Because of the fire restrictions, the only way to see the house is to take a van. Perhaps we’ll do this another time.We are told there are lots of Elk in the area….at dusk and dawn. We do see other wild life -a coyote, prairie dogs everywhere, a few birds and the greenest grasshopper I’ve ever seen.

Also, the Visitor Center Building has several Barn Swallows nesting on the side of the building.

Leaving Valles Caldera, you take the same winding road back to go to Los Alamos where the Manhattan Project Historical Park is located. I forgot to mention that going to Valles Caldera you have to go through an area of Los Alamos that is still being monitored for security purposes. You have to pull up to a guard gate, show your driver’s license, answer some questions and then you are told stay on the road, no left turns and no pictures. When the guard saw from my driver’s license we are from Florida he starts talking to us about how much he loves Florida and has filled out job applications so he can move to Florida. We wish him the best of luck with his job search and move.

The Manhattan Project National Historical Park is a small building in downtown Los Alamos. It is close to several other museums which help tell the story of the amazing group of people who conducted the Manhattan Project Y at Los Alamos to create the first atomic weapon, which helped to end World War II. A group has been working to preserve some of the old structures as well as tell this story. A short movie is available providing the background on the site. The story is not as simple as our sanitized and politically correct culture has made it, so it’s worth a visit. (There were two other major locations that comprise the national park – Site X at Oak Ridge, Tennessee and Site W at Hanford, Washington.) 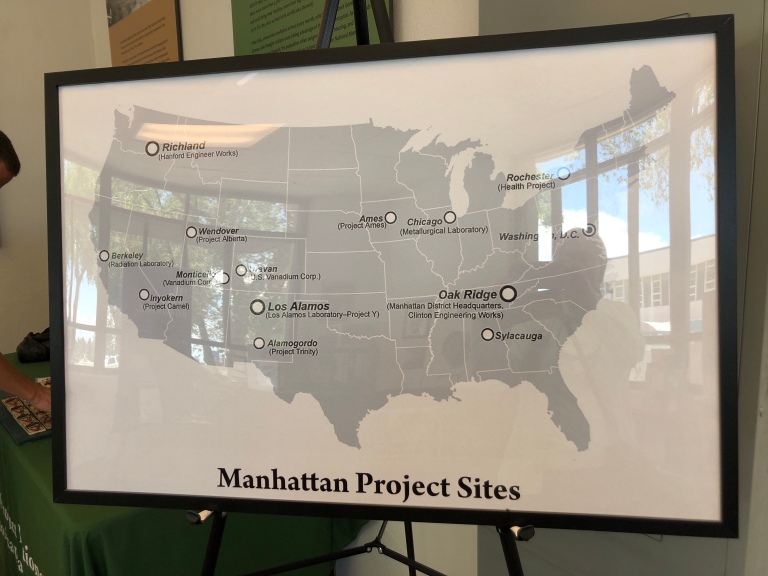 We have to return to Santa Fe so we aren’t able to do the museums.

It definitely will be worth a return trip to learn more details about the area and the history. We like their city slogan – “Los Alamos – Where discoveries are made!”