“A bill to reclassify Indiana Dunes National Lakeshore as Indiana Dunes National Park was sponsored by Representative Pete Visclosky and Senators Todd Young and Mike Braun and previously by Senator Joe Donnelly, who wanted to bring the site more recognition.[9][10] Deputy Director of the National Park Service Paul Daniel Smith testified that the Service opposed the redesignation because it would be inconsistent with the Service’s naming conventions and the Indiana Dunes have more in common with other national lakeshores and seashores than national parks, which are typically much larger and have a greater diversity of resources.[9][11]
H.R. 1488 originally passed in the House of Representatives on November 1, 2017, but it did not receive a vote in the Senate during the 115th Congress. The Consolidated Appropriations Act of 2019 included the bill as a provision, and President Donald Trump signed the legislation on February 15, creating the country’s 61st National Park and the first in Indiana.[12][13]”
So guess what? Even the Indiana Dunes National Park Visitor Center isn’t quite ready to be a National Park. They are still working on the re-branding. We stop at the Visitor Center as always and watch the movie. Some beautiful artwork is located around the National Park’s Visitor Center inside and out. 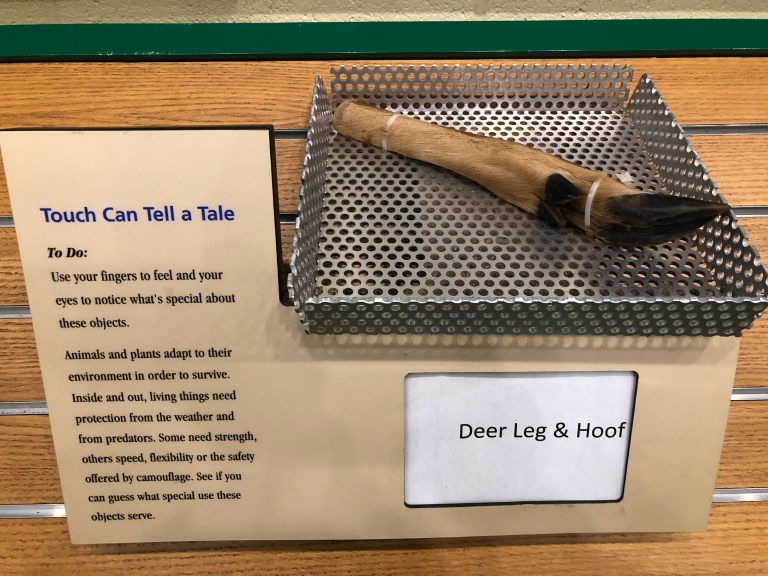 The National Park right now is free – no permit required. There is some interesting things to see besides the sand dune structures along the lakeshore of Lake Michigan. A drive on the East Park Road to the lakeshore to take a short drive and look around.

We stopped to see houses from the 1933 World’s Fair, Century of Progress. They are very interesting and people are living in them and restoring them – yep, part of the National Park grounds. 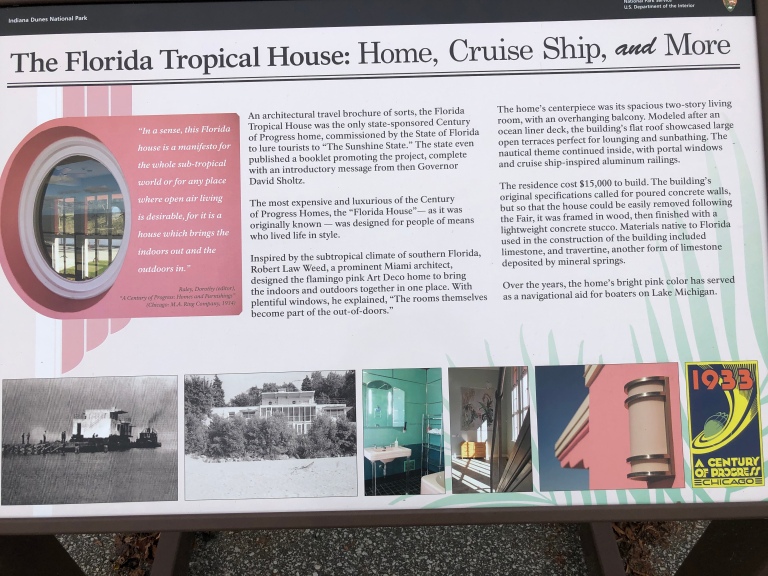 We park and take a short walk to the beach area to look up and down the shore line continuing to be preserved as part of the National Park. 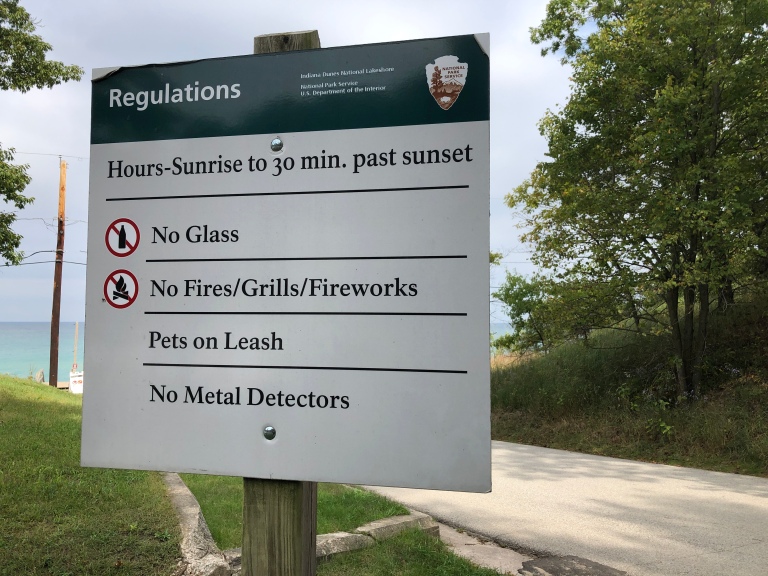 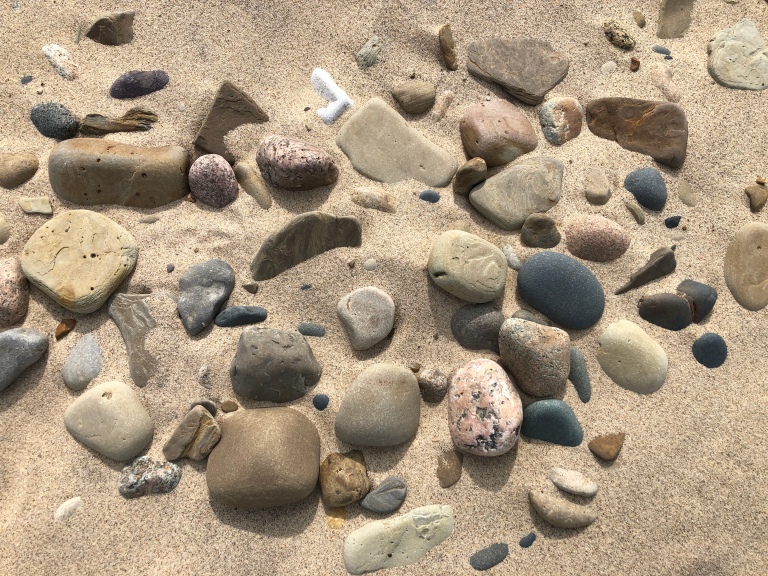 We drive further along the road that runs parallel to the Dunes to see what else there might be to see. Turns out you can have a good view of the steel mills and power plants that line the same shore right next to a protected area. Good thing someone stepped up to try to save this beautiful natural lakeshore. 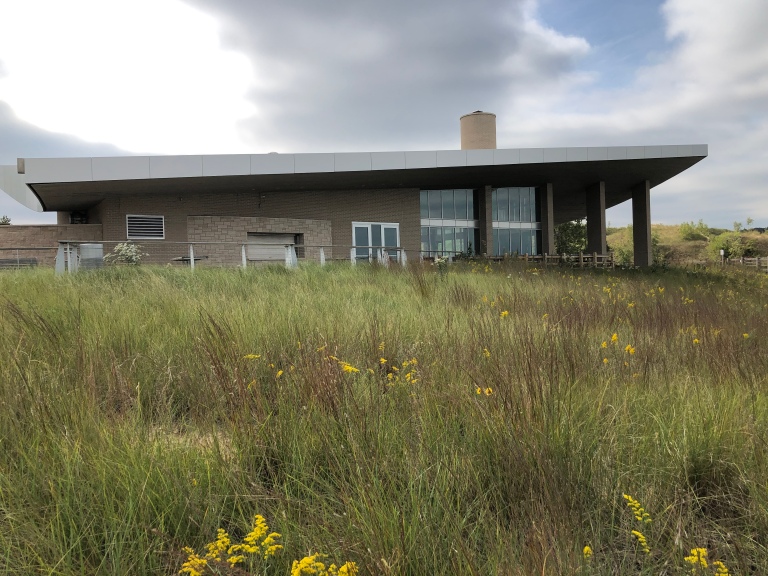 This is #61 of the national parks we have visited – the last one AGAIN! We will continue to pursue visiting all the parks – so whenever there is a new National Park made, we will visit it.

This park is beautiful and interesting in its own way. If you ever get to this part of the country, you could easily spend more time. Just keep in mind, the largest sand dunes are still part of the Indiana Dunes State Park and they charge you to enter their park. The National Park has many interesting things to see and explore and is free – your park! We are happy as always that someone had the foresight to protect this habitat for future generations. In fact, my sister is thinking she’ll take her grandchildren here soon!